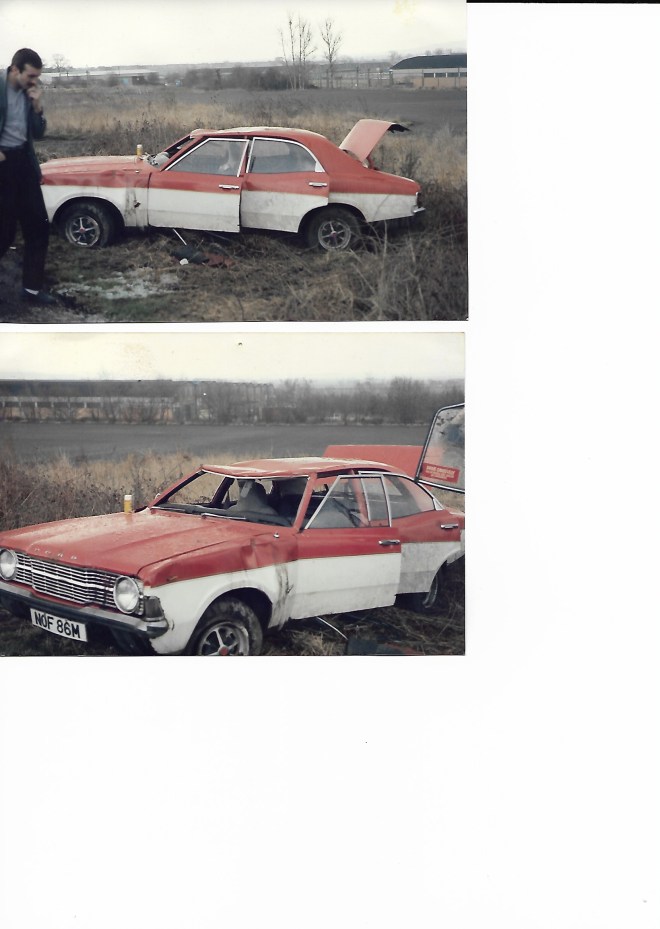 From civilian life just seeing a few pals that I had a laugh with, to a Company of lads men and boys, all from different parts of the UK.

See you laddie, do you Ken, or right Mara?

The first night I was sitting on my 10 foot square bed after arriving on a afternoon and tuned my little 12 inch TV in with a metal coat hanger. The room consisted of four men who I had never seen before.

As I watched TV some music started and I gazed over to see a young lad with his arms folded around himself as though he was dancing with his girlfriend or wife.

He looked over and smiled, “Come and dance”.

I really didn’t know what to do, so I lay back on my bed trying to work out where I had come to.

About a week later I was watching Dallas, comfy on my bed, and relaxing with a bag of Golden Wonder crisps. The lad called Brian walked over without saying anything and started turning my four channels over one by one seeing what was on. He then put his hand in my crisps, took one out, and walked back over to his bed and lay down.

Breakfast In The Cookhouse

Starving, I made my way for breakfast. I was careful not to cut across the grassed area as that was an offence and could land you a £50 fine or four weekend duties which prevented you from going home to your family.

If you arrived a little late, the selection of bacon, sausage, fried bread, fried toms and (if you wanted it) a fried egg had all sat there for an hour.

If you were a fly boy, you attempted to take two slices of bacon or two sausage and got away with it. If I tried it, I always got caught – never mastered the art.

The story goes that in the 80s in the army not many lads had a car, so as I had one I became the taxi guy to take lads that lived near me home.

We set off from Oxford county and made our way up North to Manchester.

About halfway I would look over at the lads and they would all be asleep. For a laugh I would shout “Watch That Cat” and turn the steering wheel of the car quickly to the right, then the left. All the heads would sway from side to side and it would wake them up. “What was it Blackie?”. “Not sure but I had to swerve.”,

This happened on a regular basis, so when my mate borrowed his sister’s car it was my turn to sleep in the back of the car. The only thing was that the first time I was my mate’s passenger we were coming back from the weekly Disco, very drunk and having stopped for a Kebab.

We were approaching the barrier to the barracks when my mate thought he would pull my trick as we had fallen asleep. He quickly turned the steering wheel and the next thing I remember was looking at my mates, all sitting upside down.

One lad shouted, “lets stay calm and we will get out no problems”, but me being drunk shouted “yes that’s OK for you, but there is petrol pissing out all over me”.

At that point we all screamed “Lets get out”. Kicking the doors open, they all left except for me who was trapped by something.

I collapsed, and as the ambulance arrived they pulled me from the wreckage. The paramedic lay me back on the stretcher but there was no pillow. “Here” my mate said, lifted my head up and put the still hot Donor Kebab under my head. The medic said “That is OK, he will be comfy on that”.

How the accident and outcome gets exaggerated. From the lad on the barrier, to the Guardroom, to the officer on duty that night. We all died in the accident. The Abulance took us all to hospital where we stayed overnight, but the message was never passed on to the duty officer so he informed everyone we all died in the car crash.

We all walked through the camp next day. We got some very startled looks fro soldiers and officers.